place to visit. I’ve been staying at the Red Lion Inn. They have a big statue of their mascot in the parking lot: 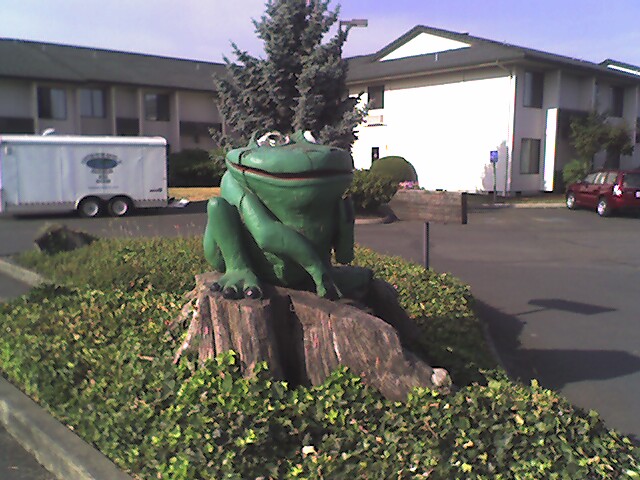 Sadly, the place wasn’t very clean, the desk service sucked, they use the same awful perfume as Holiday Inn. Outside the desk of the Red Lion Inn, there’s a friendly, open culture: people feel about as fast-paced as New England, but with smiles more similar to the Midwest. And they do have a sense of humor: 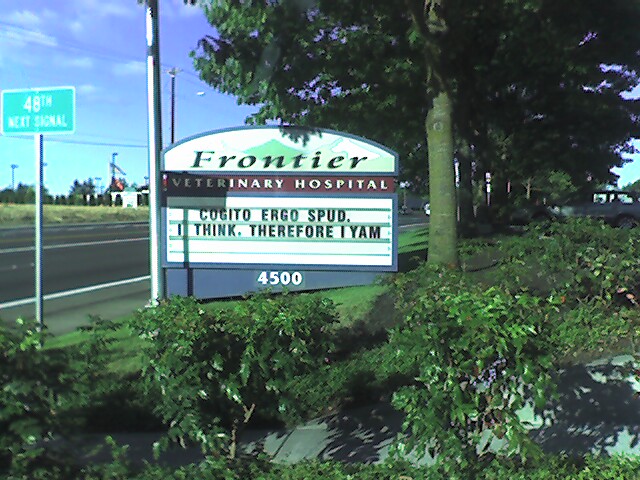 I took time last night to go visit Powell’s Books, a bookseller the size of a city block. It’s a warren of little rooms, much larger than the average Borders Books—and much more dense. Unlike Borders, there was value to wandering around and seeing what the structure of the store suggested to my eyes. I’d love to find a place like this in Boston. Even the smell was right. It takes a decade or so for a bookstore to soak in the smell of paper, glue, and cedar. 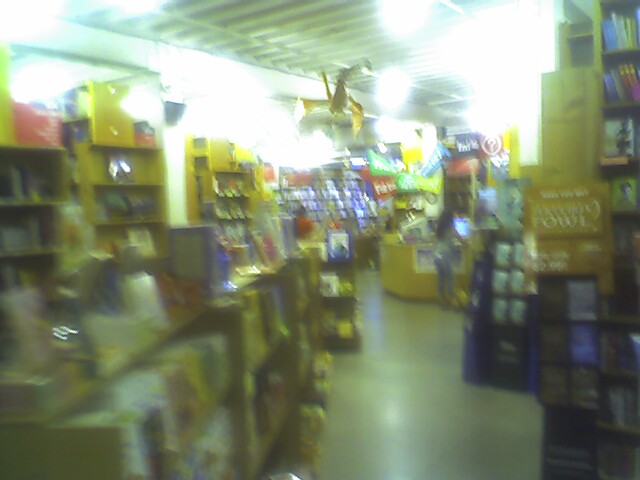 They didn’t have a copy of Dzur yet, but I did find a number of books to go look at later. One book on supercharged overachieving kids; one nice history of algebra and its transition from seeking solutions to equations to consideration of groups; one history of Jefferson’s oratory (thanks to Justin Sheehy); Seth Lloyd’s book on modeling the universe as quantum computation; a tempting copy of House of Leaves (on my list thanks to Jon Herzog)… and one Certified Lunatic. This is Helen Caldicott: 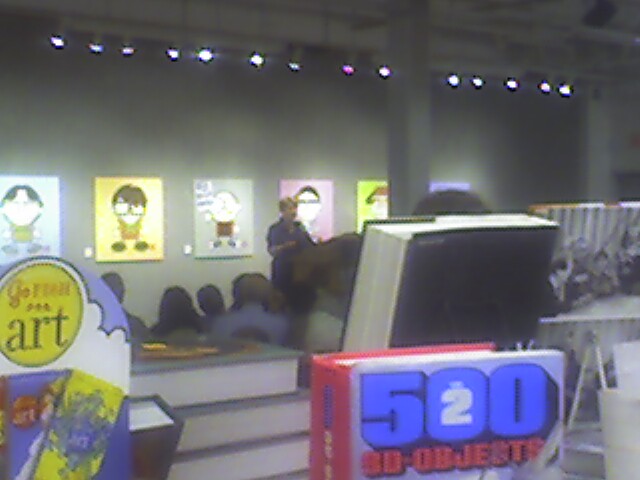 The first thing I heard her say was that Pebble Bed Reactors embed fissile materials in millions of graphite spheres—and that graphite is what burned at Chernobyl. Then she said that they tried to hide the contamination at Chernobyl, and now they say Pebbled Beds are walk-away safe, immune to meltdown. Her opinion on other energy sources was similar: that the world can run on renewable energy, and all it takes is some smart people thinking about it. Also, that Bush and Cheney are both so foolish as to not understand these principles of nuclear engineering—clear to literati such as herself—and malevolent and scheming enough to interfere with all the smart people trying to fix the world. This was in support of her new book. Most of the audience ate it up, but as I was leaving I saw one gentleman with a big gold block on his right ring finger start to question her scientific facts and press her on her descriptions of DU ammunition, Uranium extraction, enrichment, and depletion, and advanced chemical recovery of nuclear waste. That made me proud and happy—so I left before the audience could shout him down.

Now it’s time to head to the airport, carefully checking everything liquid. PDX-DEN-BOS, and I should be home by 1am Eastern Time.